This family house sits on the southeast slope of Ullastrell, a tranquil village about 45 minutes from Barcelona. An old concrete mass wall contains the inclined terrain, which is 4 meters high above the street. miliunarquitectura chose to preserve it and reinterpret it as a plinth for the new building. The wall becomes the base on which the new house is set. The architects believe that a house, for a couple, must be comfortable, economical and expandable in the future. In that sense, they proposed the program as an addition of rooms that are juxtaposed parallel to the direction of the street, thus occupying as little space as possible on the ground. 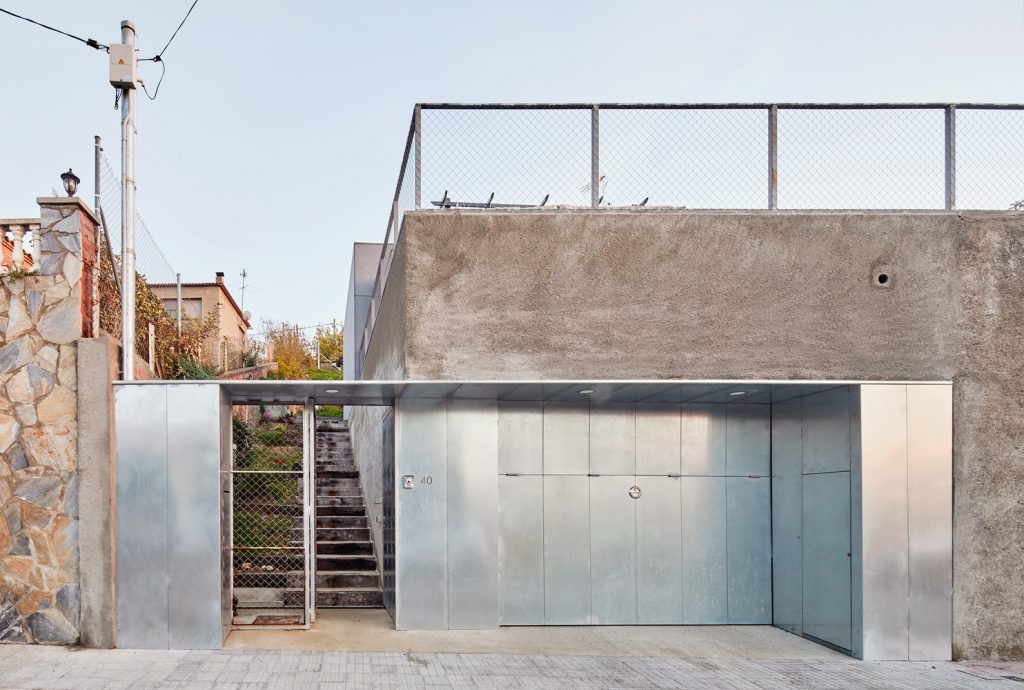 Built with load walls, the house is projected in two directions. Longitudinally, the sequence of rooms dilutes the general limits of the interior space, emphasized at the same time by the continuous structural rhythm of the unidirectional slab. In the transverse direction, they looked for maximum permeability from the outside through each of the domestic spaces, to promote the entrance of the sun, cross ventilation and the constant visual relationship with the environment. 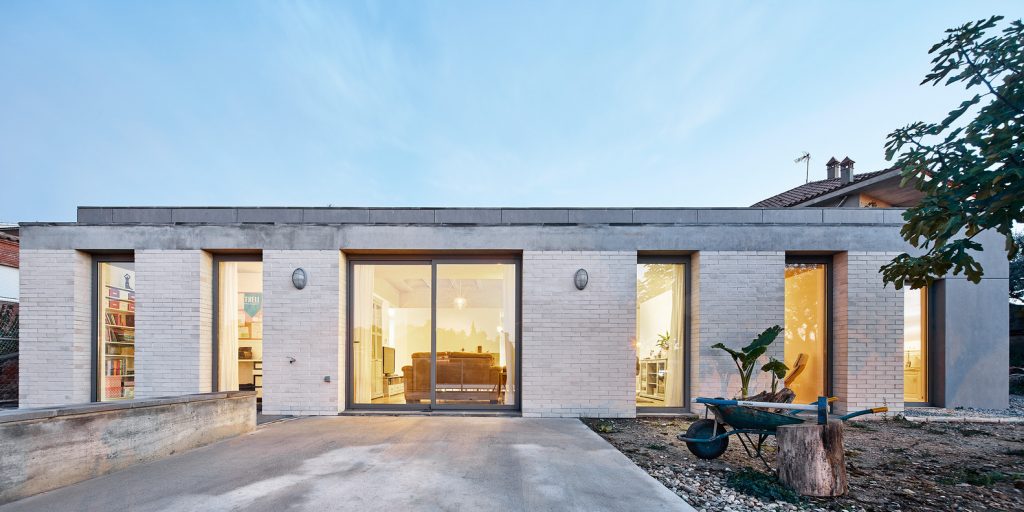 The main rooms of the house make sense as a sum of small spaces, where each room is complemented with other spaces of size and proportion suitable for its use. The outer space, partially inclined, takes shape as a result of the position occupied by the house on the ground and especially its relationship with the boundary defined by the large existing wall. 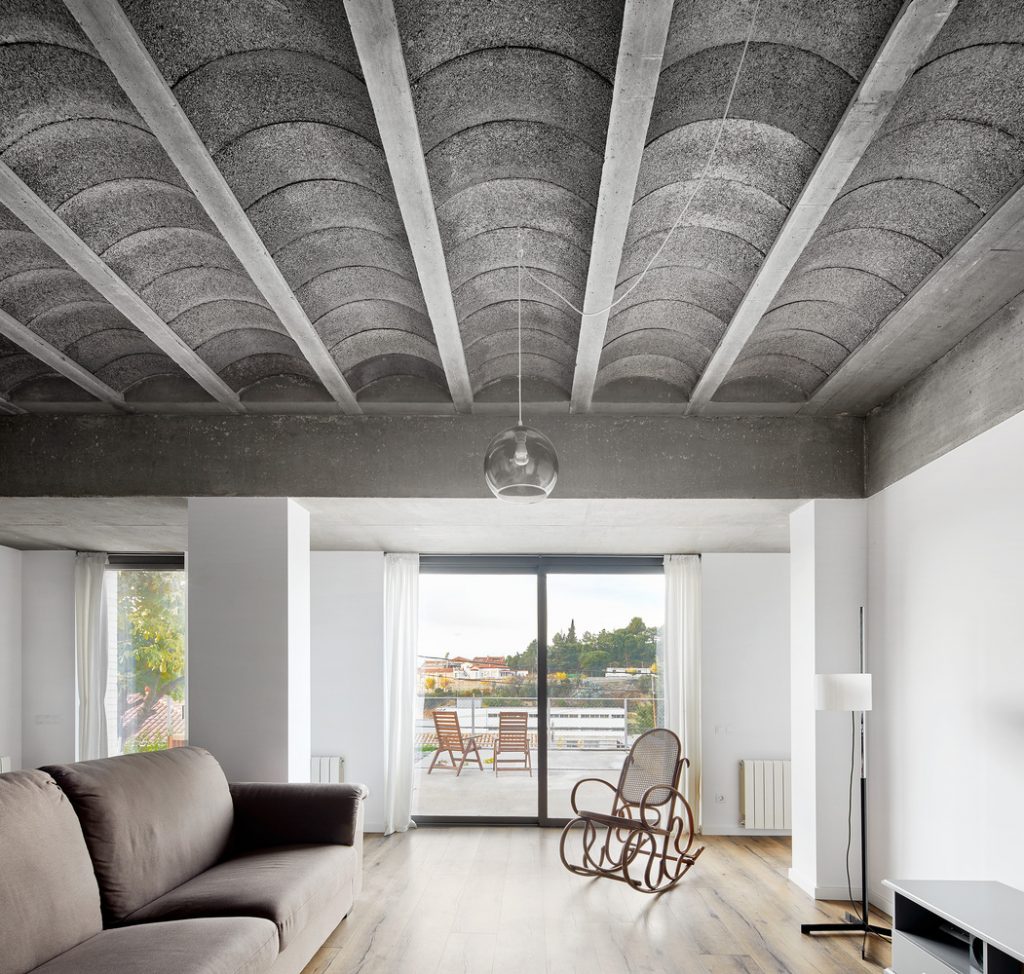 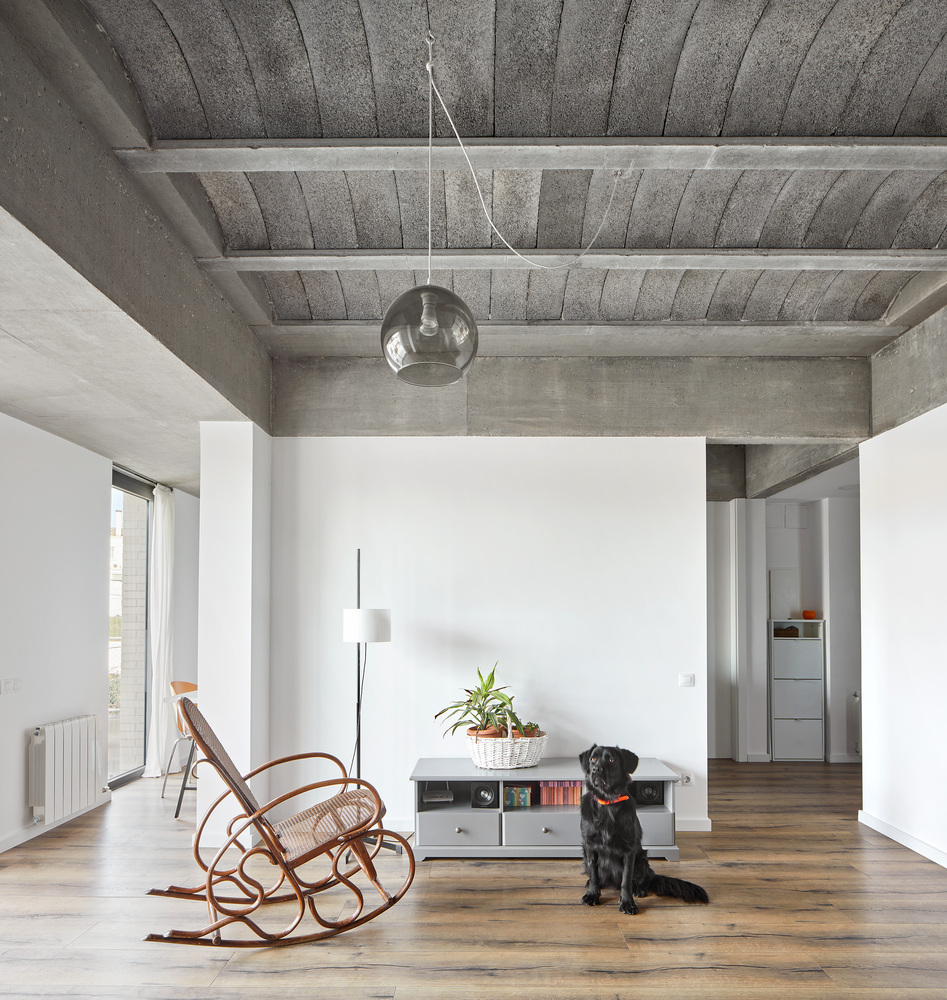 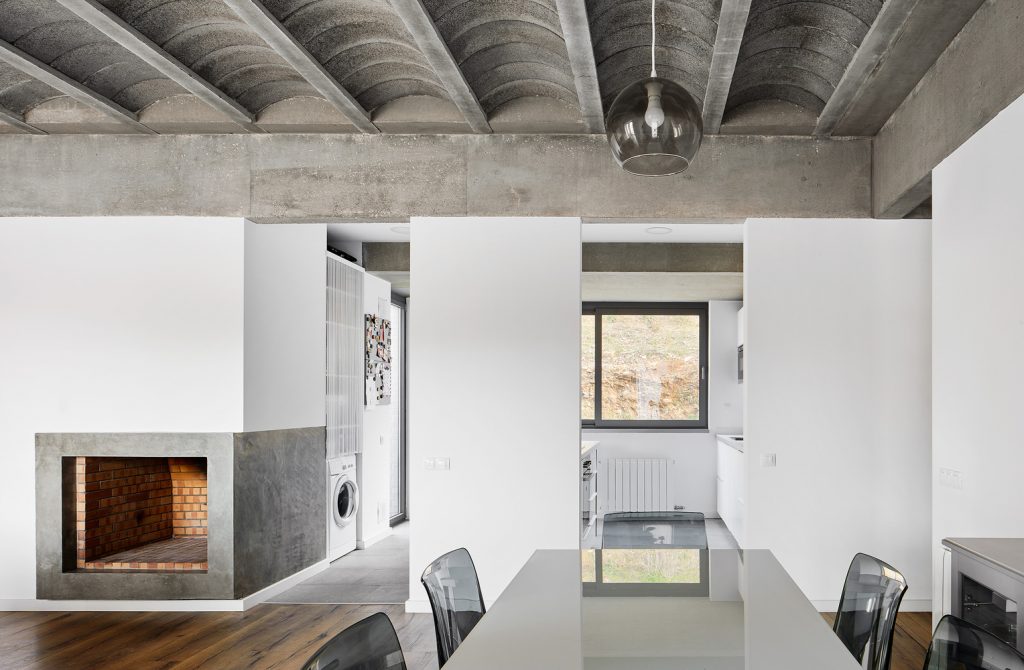 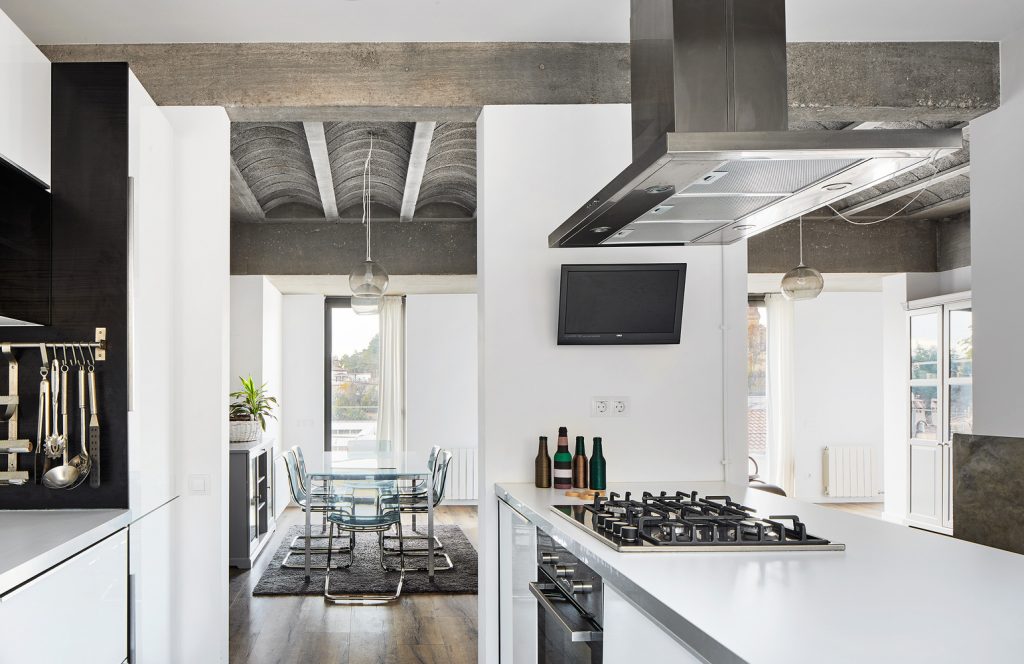 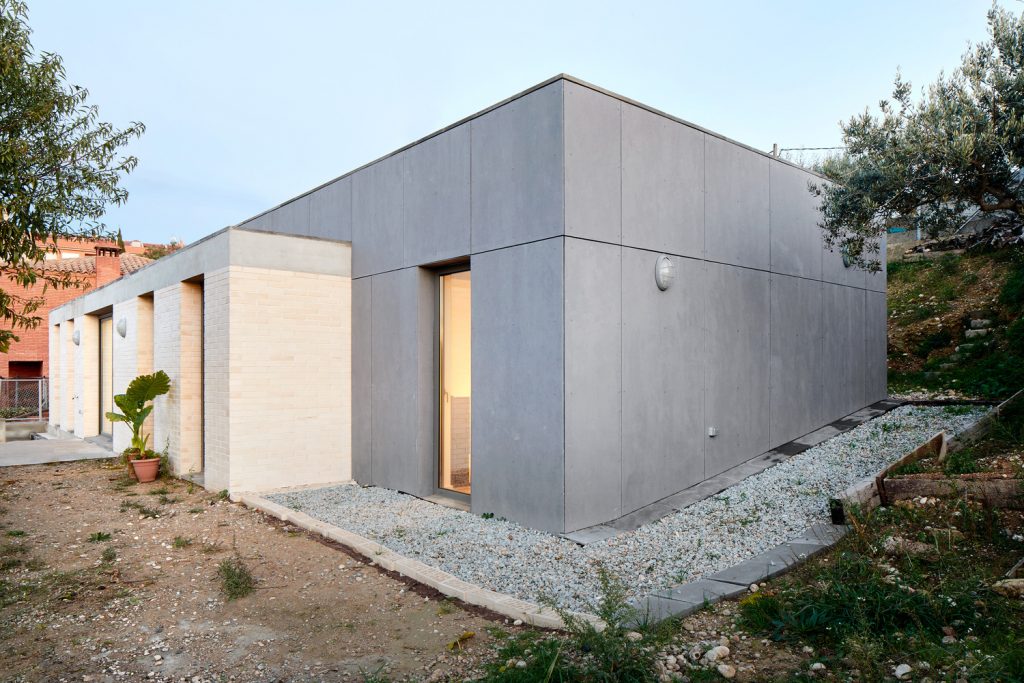 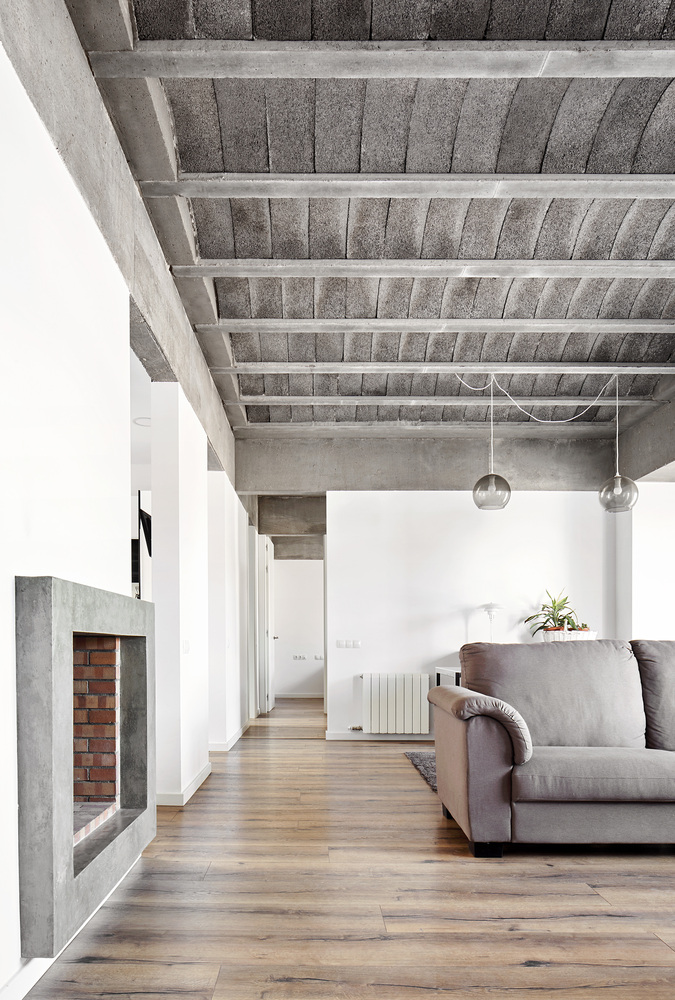 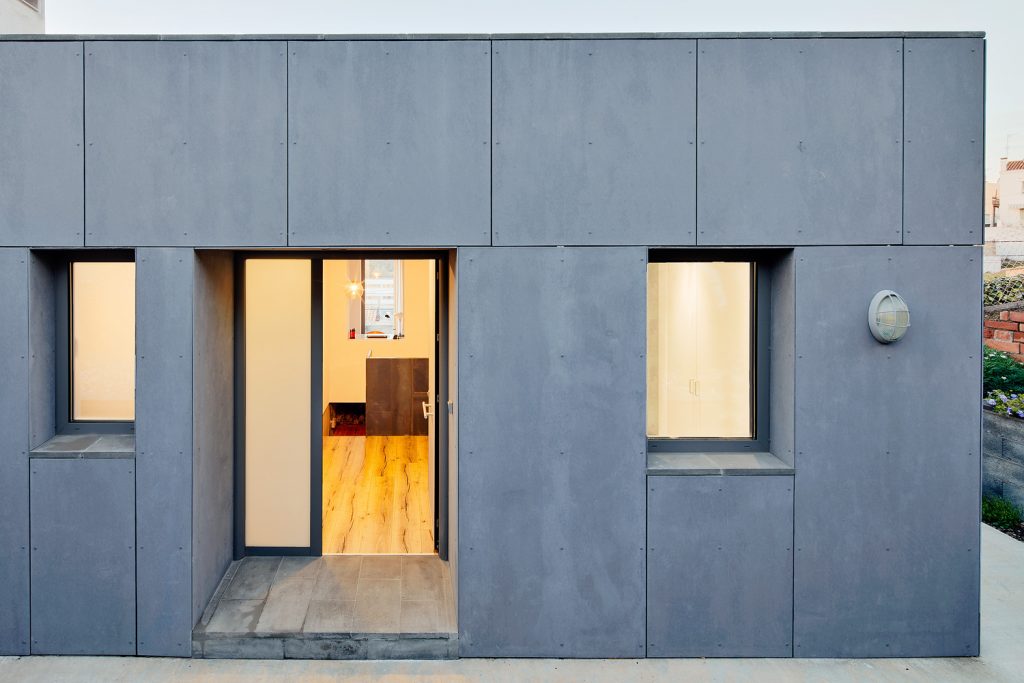