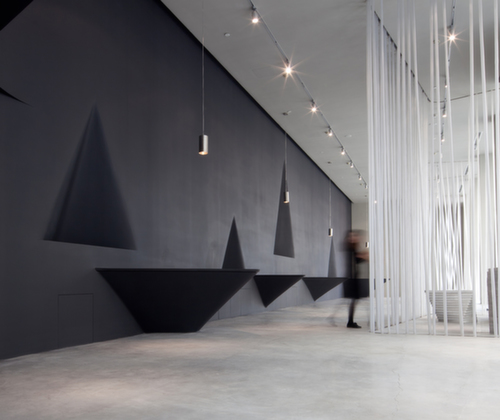 The new EMG Shanghai Design Centre (SDI) occupies a 40-metre-long, 7.5-metre-deep long rectangular space in the north side of the ground floor of a 6-floor industrial building belong to Shanghai Automobile Corporation in north suburb of Shanghai. One could hardly associate the tedious row buildings to their current name “industrial design centre”. New spatial possibility came within the existing walled structure. The architect introduced here a natural conversation between old and new, between virtual and real, filling in the dreary space with emotions and polysemia, and allowing free wanders and thoughts in the space. And, eventually, all these are being displayed to the exterior through a large glazing show window, which covers the renovated facade of the space. 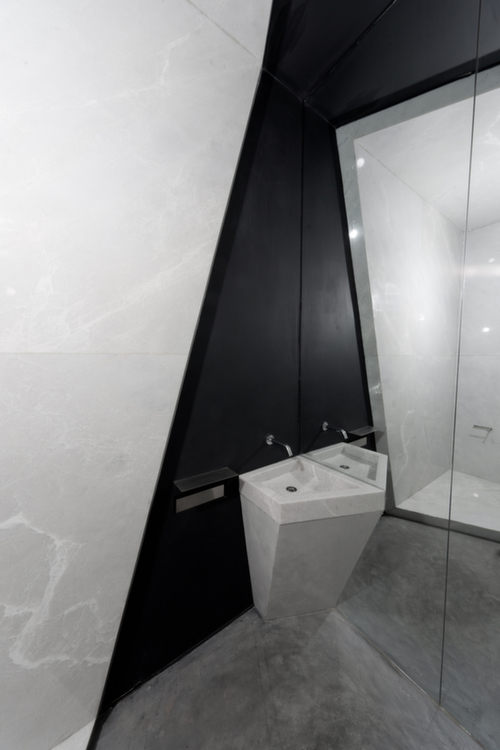 The practical function of SDI is composed of two zones – the public showroom on the ground floor and the private office on the inter-floor. The showroom is a 6-metre-high, 30-metre-long exhibition hall, which is showed off by the large show window, plus a reception bar area under the inter-floor office. A solid curved black wall is set between the public and the private zones, separating but as well interweaving the two. Its upper part curves outward when it reach the bar area, and forms a meeting room hanging above the sitting area, accessible both from the bar and the office. 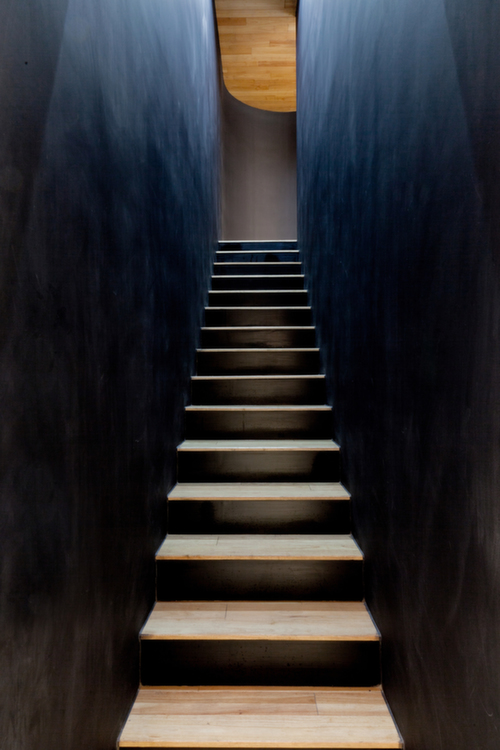 The surface of the curve wall swells in and out, sculpturing several show desks and giving dynamics to the exhibition space. Confronting the black solid wall is a curved soft light curtain, made up form 413 translucent PVC tubes, winding next to the glazing facade and inadvertently forming two showcases appealing to the outsiders. The dialogue between solid and void, between black and white and between active and static plays a drama within the neutral grey scenery background. Colors and textures of natural stone artworks sing the ultimate high tone for the show. 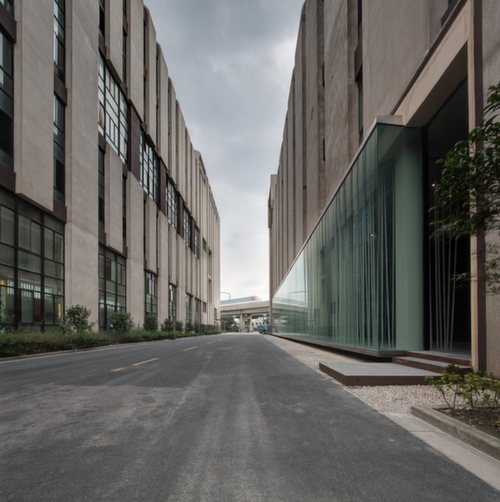 The slightly elevated show window on the facade displays again a meaningful scene in the inner street of the site. The glazing facade appears like a large mirror projecting the surrounding under the sun, and the deformed picture becomes a special painting hung on the building; while when it is getting dark, the mirror shift to a transparent showcase, showcasing the interior scene and activity to the audience. 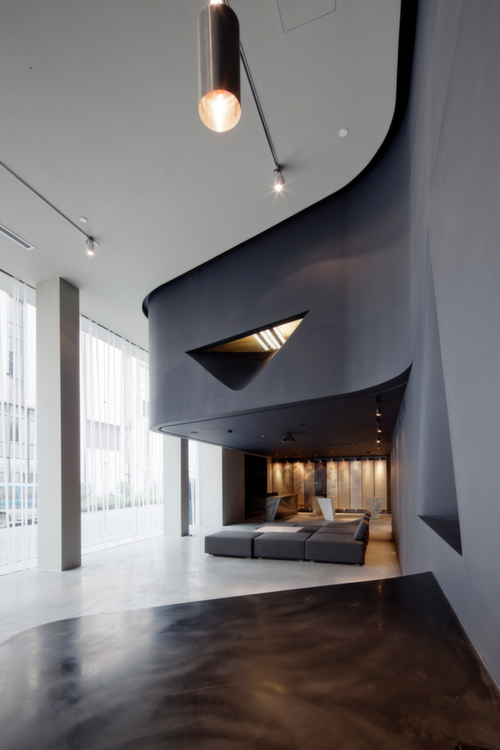 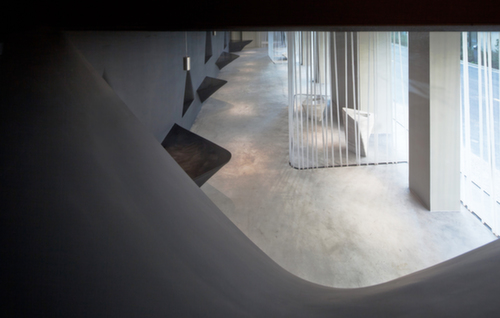