The latest sculpture by Gerry Judah for the Central Feature at Goodwood Festival of Speed 2017 displays five Formula One cars chosen to celebrate Bernie Ecclestone’s career and involvement in Grand Prix racing. Each car has a link to a different aspect of Bernie Ecclestone’s career, such as the Connaught, for which he was entered as driver in two F1 races in the 1958 season, and the championship-winning Brabham, from the period when he was Brabham team owner.  The other cars in this year’s Central Feature are a Lotus, Ferrari and Mercedes, reflecting his time in Formula 1 management, which culminated as F1 chief executive.

The sculpture is thirty-five metres high and it took four thousand man hours to fabricate. Five hundred bolts were used in the process and a three hundred tonne capacity crane was needed to put it up. It weights sixty-five tonnes and twenty people worked to fabricate it. The heaviest base segment has sixteen tonnes and it features eight steel box sections that needed three cranes for assembly. Eight people were employed to erect it on site, while the fabrication and instalment took a total of six weeks. 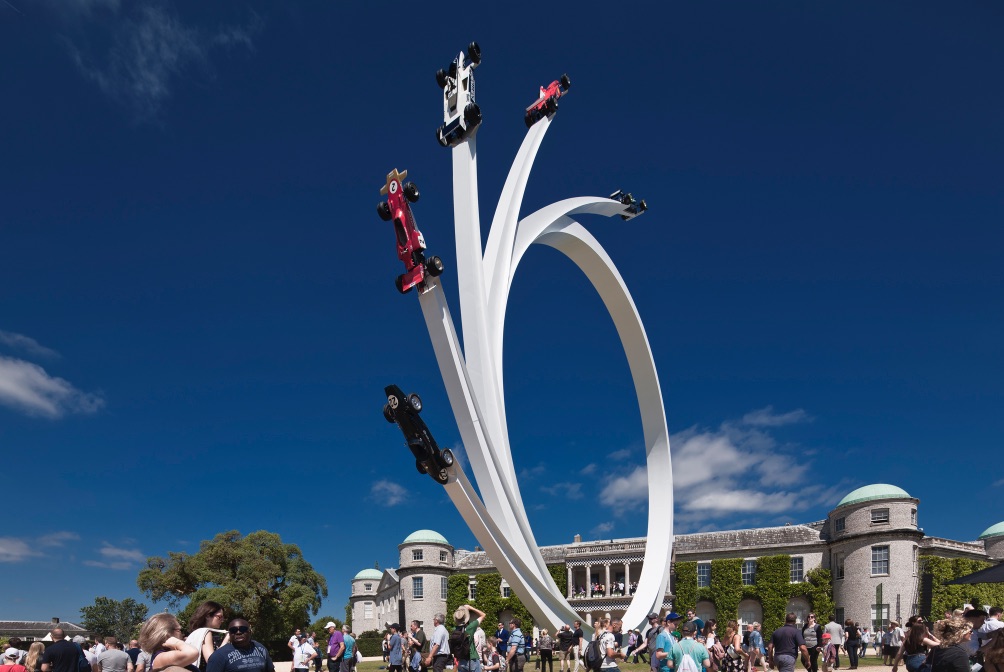 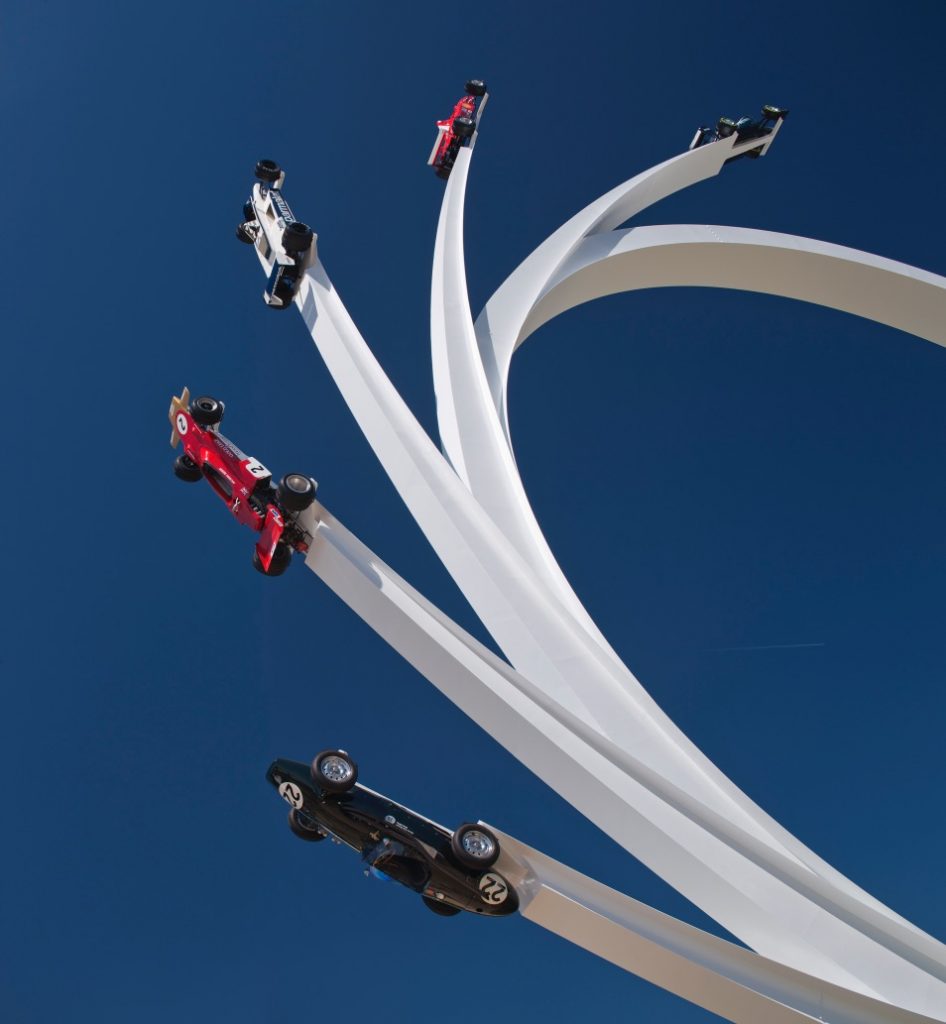 Photography is by David Barbour