OOA | Office O architects is an award-winning multidisciplinary team led by architect/founder Magalie Munters and architect/interior architect Hugo Crombez. Their designs are innovative without losing touch with the roots of architecture: “We start from the fundamental principles (structure, context, program, construction) and play with the architectural elements (form, space, light), sometimes challenging established practices. Spatial perception cannot be underestimated. It can tell the story or create the emotion the architect wants the residents to experience. It taps into the subconscious. We take pride in evolving to master that skill and giving clients more than they expect. The greatest luxury in architecture, according to us, is not to be found in expensive materials or equipment, but rather in the intangible qualities of the spatial experience.”

Magalie Munters tells us below about how she found her calling in architecture, who inspires her and the buildings, or better put, parts of buildings and atmospheres that touch her.

INSPIRATIONIST: Where are you from and where do you live now?

Magalie Munters: I’m from Belgium. I grew up at the seaside, near the beach. Currently I’m based in Ghent, where I stayed after studying architecture.

I: What’s your background?

M.M.: When I was a student, I also worked as an international model. I had an agency in Brussels, Milan, Paris, New York, Amsterdam, London, Berlin, Sydney, etc. It gave me the opportunity to travel a lot and above all, to travel alone. It was a very interesting time during which I absorbed lots of different impressions. The long distances gave me the time to draw, to think and to philosophize, which strengthened my conceptual muscle. I also met lots of high level creative people from other branches than architecture. These experiences provided me with a totally different perspective than most other students. 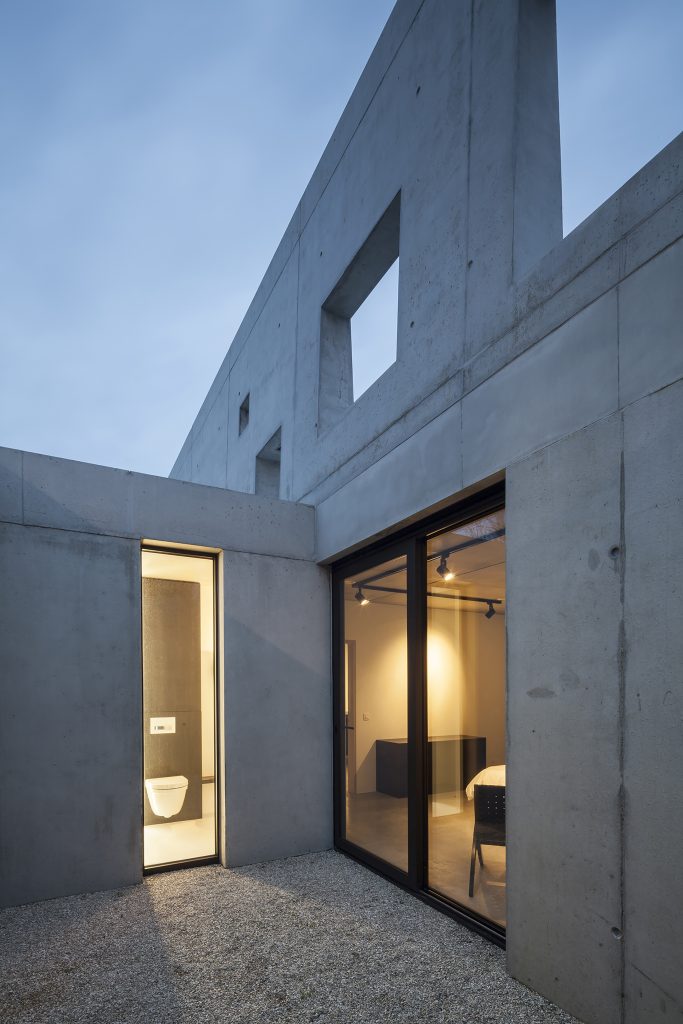 It may sound weird, but somehow it felt like a calling, but rather as if I had always known.

I: How did you fall in love with architecture and why?

M.M.: I was always into drawing, making stuff, being creative. As a child, I was the one to determine the appropriate location for a camp, thinking about how it should be done and finally coordinating. Nevertheless, when I had to make a choice what to study, I didn’t know. A couple of classmates – I was studying Latin-Mathematics at that time – invited me to take a look at the Luca School of Arts in Ghent. There it really hit me. It may sound weird, but somehow it felt like a calling, but rather as if I had always known. 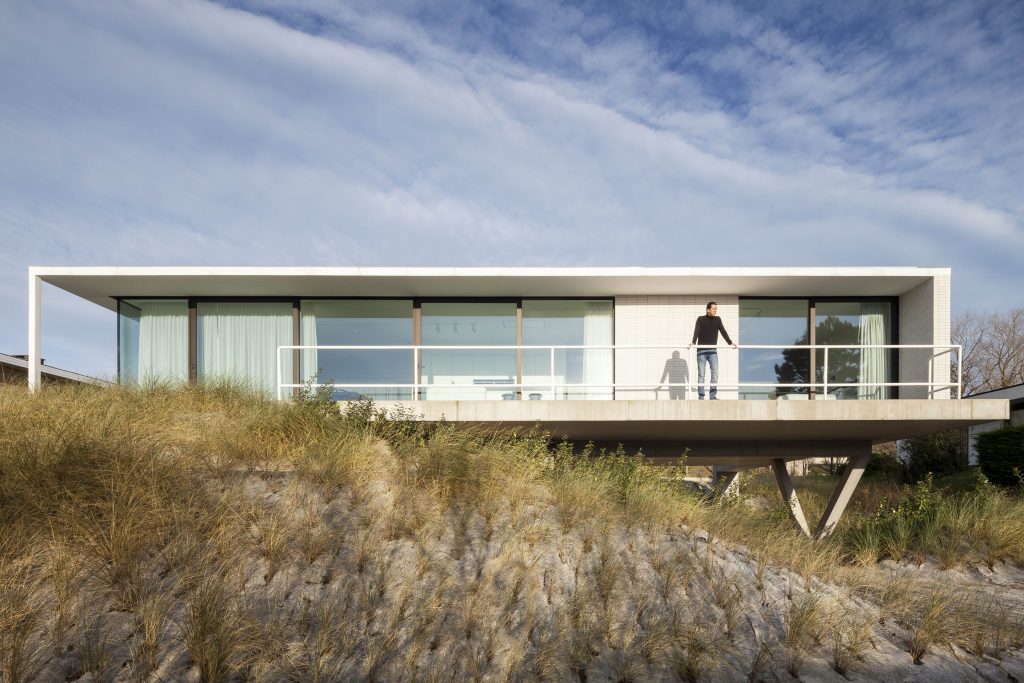 I: Where do you spend most of your time, and what does a typical day for you entail?

M.M.: That is hard to say. The beautiful thing about doing what I do, is that it is very diverse. There are times that I am mostly on site, or going to meetings. Now I have a “behind the computer” period. By coincidence or not, our projects come in waves of the same phase.

I: What is your favourite part of your job?

M.M.: The “aha-erlebnis” after analysing and while designing. Getting the conceptual story straight and in balance with the stream of images in my mind’s eye. To go beyond the ordinary, you have to persist and really get to the bone.

I cannot allow myself to go for an easy solution. I never could.

I: Can you describe an evolution in your work from when you began until today?

M.M.: I cannot allow myself to go for an easy solution. I never could. It is important for a client to have an architect that really thought everything through, combining all aspects; the crucial ones and the “seemingly” less crucial ones.

This meticulous procedure is, to me, the only way you can be absolutely certain that the design is sound on every level.

I need to feel that I have experienced every part of the building before it is built. It is a constant process of zooming-in and zooming-out. This modus operandi has never changed,  but, of course, as I evolved myself, it probably gives other results. 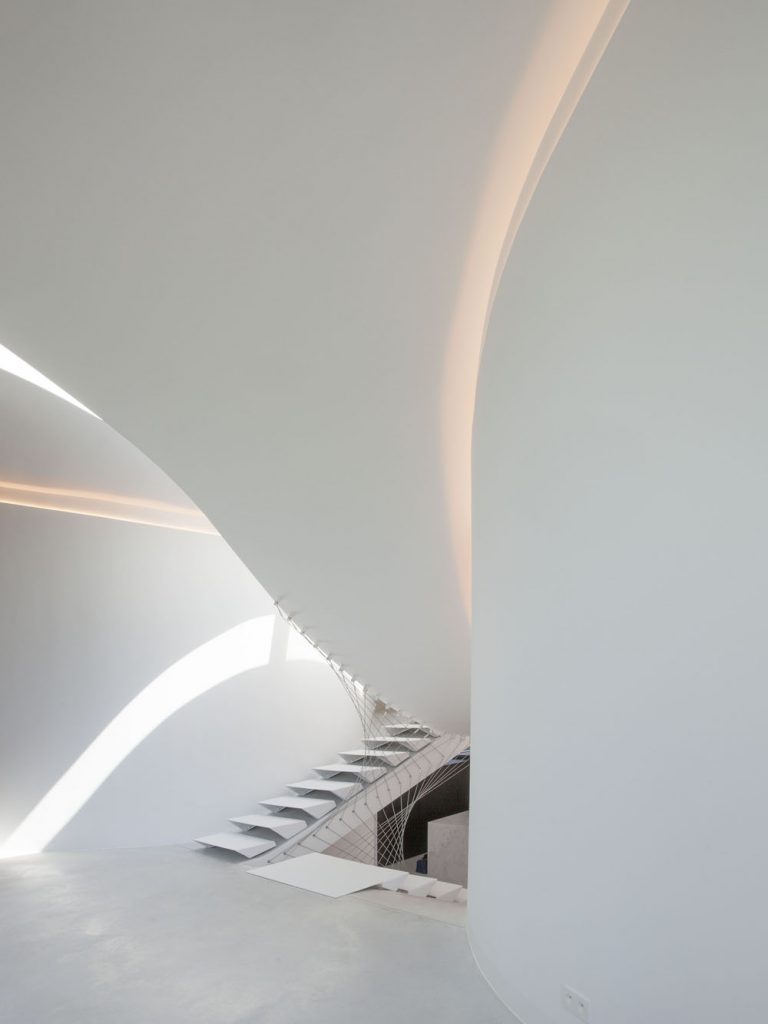 I: If you had to choose one single architect who has provided a source of inspiration for you personally – who would it be and why?

M.M.: Zaha Hadid as a powerful female role-model. The way she elevated her work to the highest level and sticked to her route, should be an inspiration for everyone.

Although on a personal level, I feel more related to somebody as Zumthor or Siza. They are to me the epitome of an architect.

On the other hand, Lebbeus Woods, Marcus Novak and Greg Lynn were great influences conceptually. Their designs as well as their theoretical approach are interesting and were highly innovative. What fascinates me are the contradictions, the contrasts between the more classical approach and the more innovative approach and combining them to get intriguing results. 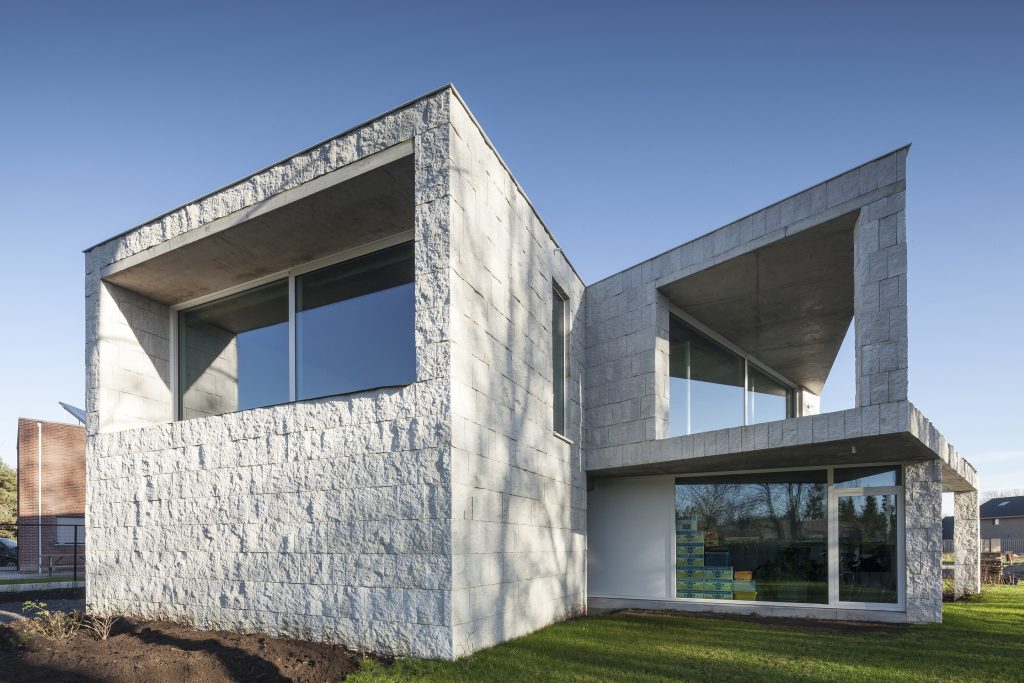 I: Which is your favourite building?

M.M.: For architecture itself, I am more into parts of buildings and atmospheres: how Le Corbusier used the light through the differently shaped coloured glass windows at the chapel in Ronchamp, the exterior shape of the ICM from Siza, because of its poetic approach of showing the practical circulation zone, the Johnson Wax headquarters building of Frank Loyd Wright for its structural use of the dendriform columns that gave the possibility to have on open workroom in combination with the soft light in between the round platforms, the innovative approach of use of the pyrex glass tubes in the tower, the way the artist James Turrell uses light, colors and materials in his Roden Crater Project, the ramp at the Museo de Arte Contemporano in Rio de Janeiro by Niemeyer, Lautner’s design for the concrete canopy and the large pillars standing in the waterplane with a concrete staircase leading the way towards it, at the Arango Residence. I just discovered the works of Miguel Fisac. He did amazing things with concrete for Castilblanco de los Arroyos Culture Centre, Sevilla. There are so many more to discover.

Our motto is that the greatest luxury in architecture is not to be found in expensive materials or equipment, but rather in the intangible qualities of the spatial experience.

I: Which of your designs is your personal favourite and why?

M.M.: Up until now it is Villa MQ, because it represents in a magnified way what we stand for.

Our motto is that the greatest luxury in architecture is not to be found in expensive materials or equipment, but rather in the intangible qualities of the spatial experience. The most exciting moment was when the contractor removed the timber formwork of the high concrete wave-like ceiling. The flow of the ceiling in combination with how the light passed through the cupola gave the feeling of grandeur we envisioned.

The use of recognisable elements in combination with surprising ones creates a special atmosphere, while still being practical and functional at the same time.

I: How do you unwind?

M.M.: Currently I am probably not unwinding enough.

I: What kind of music are you listening to at the moment? 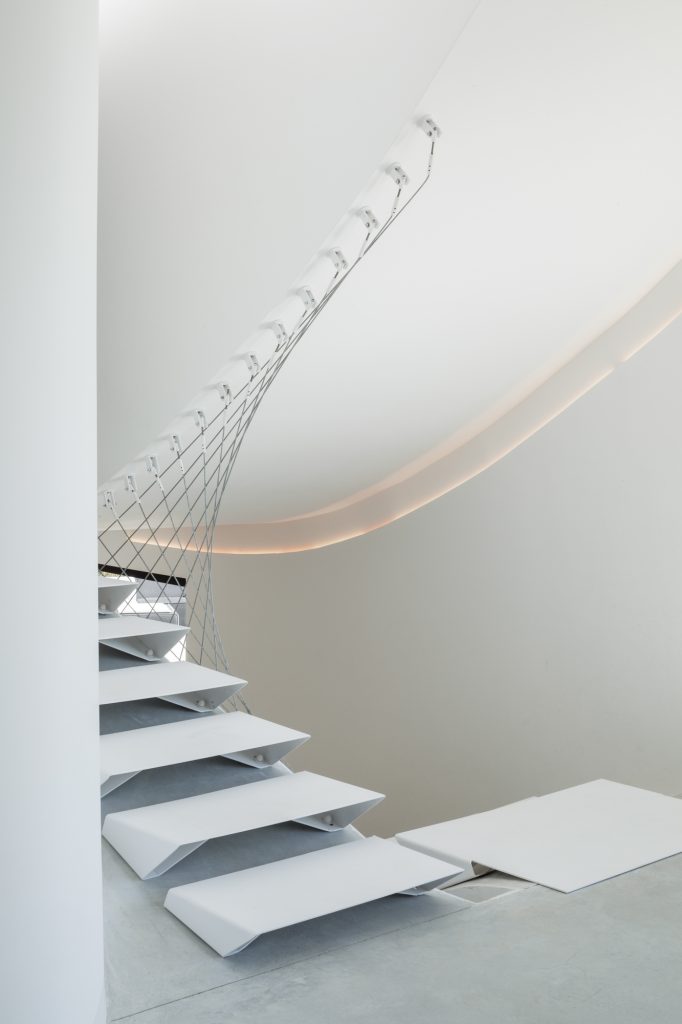 I: What is your favourite colour?

M.M.: I am not really into favourite colours. A meaningful spatial perception is what we strive for.  Apart from shapes, colour, in combination with light and materials, is very important. Colours can help define the experience you want to transfer through architecture. As for my clothes, mostly black like all architects.