Ruyi Bridge is located on Tianfu 2nd Street near the Jian’nan Road intersection in the high-tech zone of Chengdu, south of CR Phoenix City in China. The bridge designed by ZZHK Architects crosses Tianfu 2nd Street and the main part is facing the greenway of Dayuan Central Park. There are two spans of the main bridge crossing Tianfu 2nd Street. To facilitate the pedestrian crossing, both sidewalks feature spiral stairways with an inclination of 1:4 to 1:12. On the other hand, in order to connect the greenways on both sides of the street, two bicycle ramps are installed with an inclination of 1:12 at the ends of the main bridge. 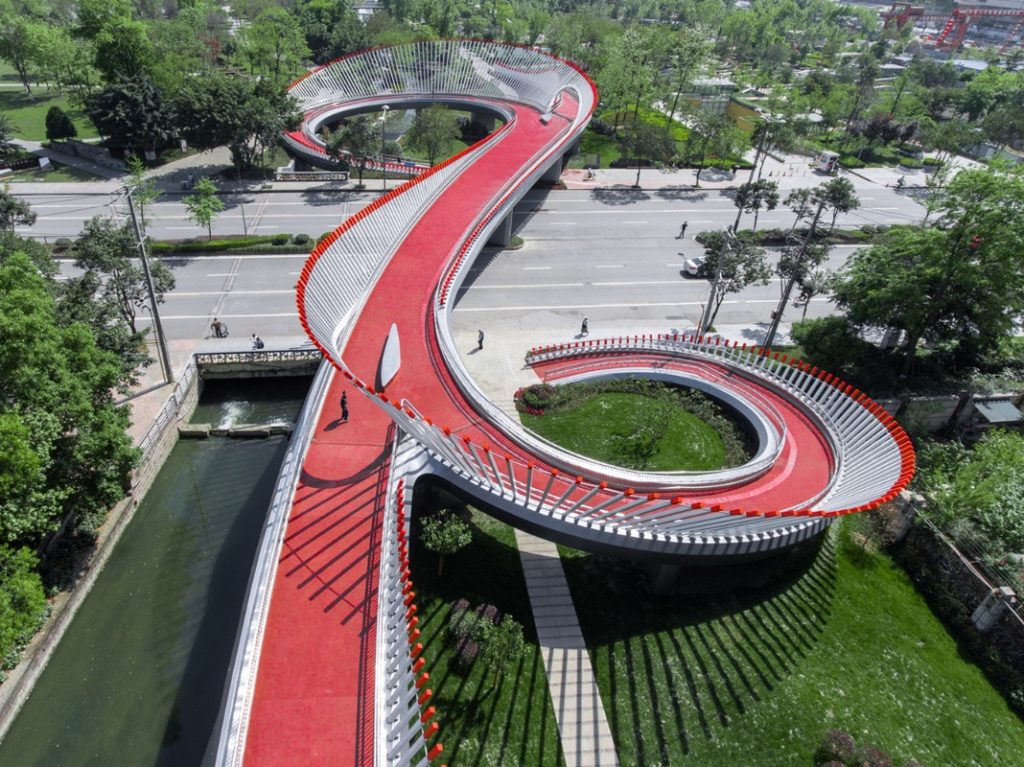 The bridge connects Dayuan Park on the south side to the urban space and green landscape on the north side. The pedestrian and bicycle lanes are connected and continued. The design concept was named Sound of Panpipes, as the facade design is inspired by the Chinese Panpipes, a traditional Chinese musical instrument. The undulations and fluttering of the bridge’s body resemble the flow of musical rhythm. Its shape results in a functional urban sculpture. Viewed from above, the bridge looks like a Ruyi embedded in the city. Ruyi is a Chinese traditional S-shaped ornamental object, usually made of jade, formerly a symbol of good luck. 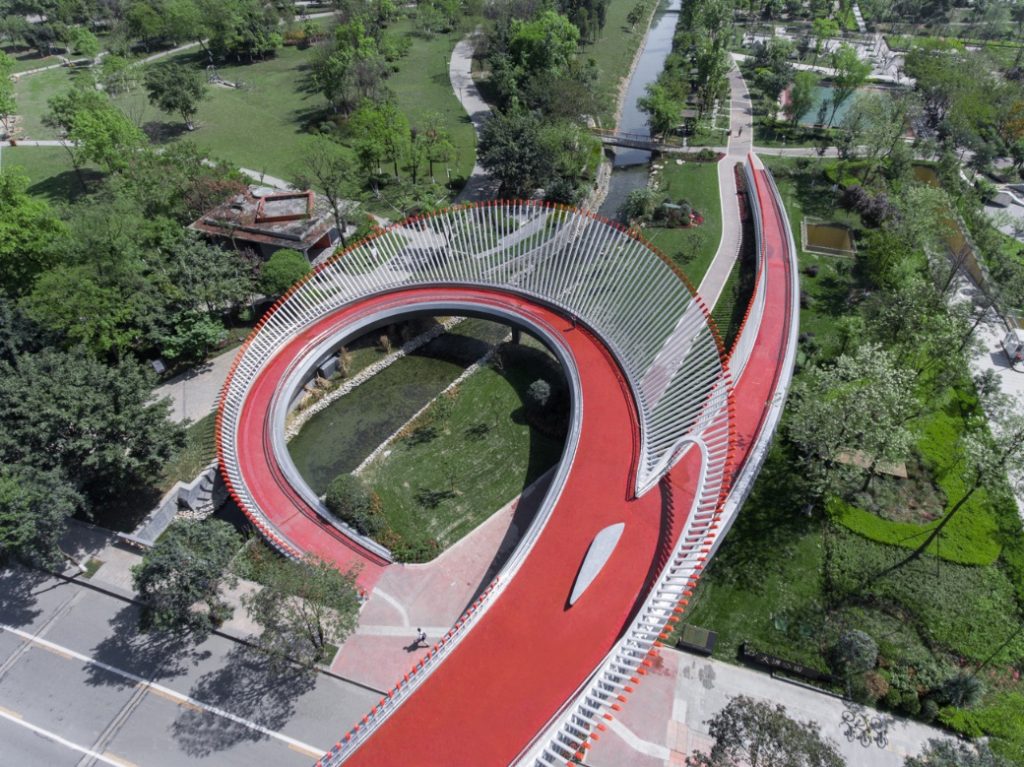 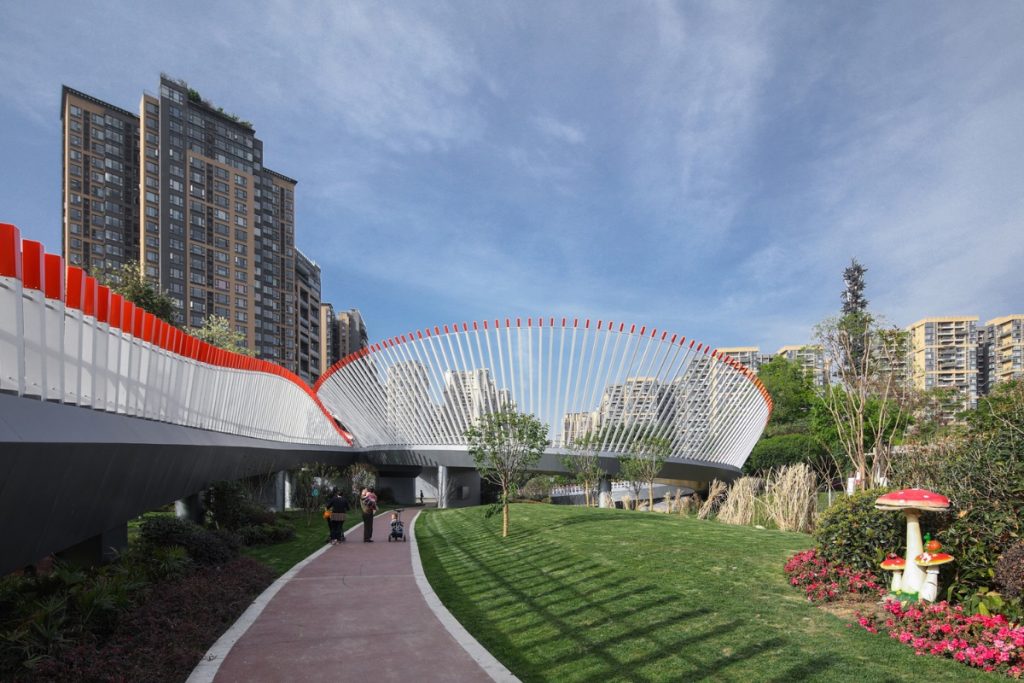 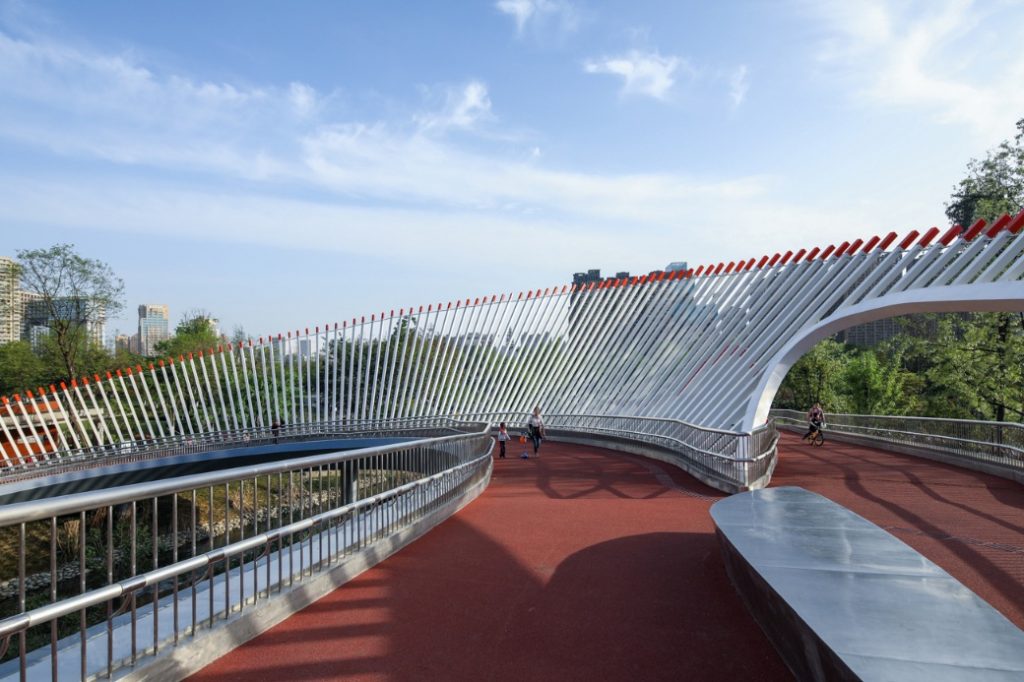 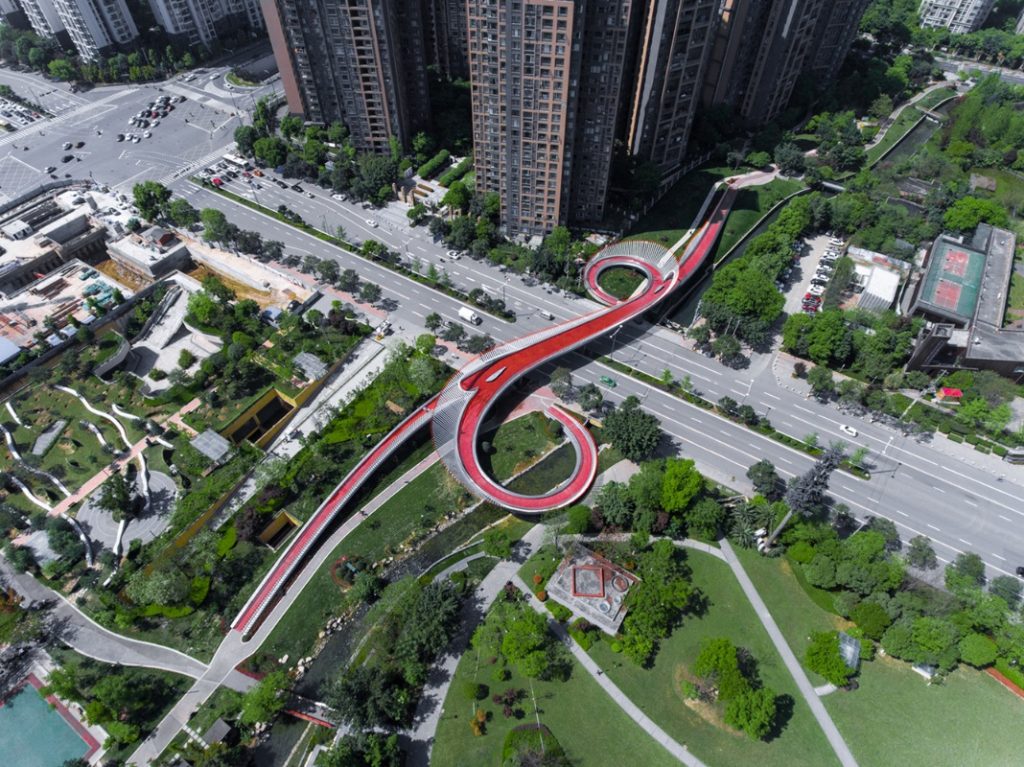 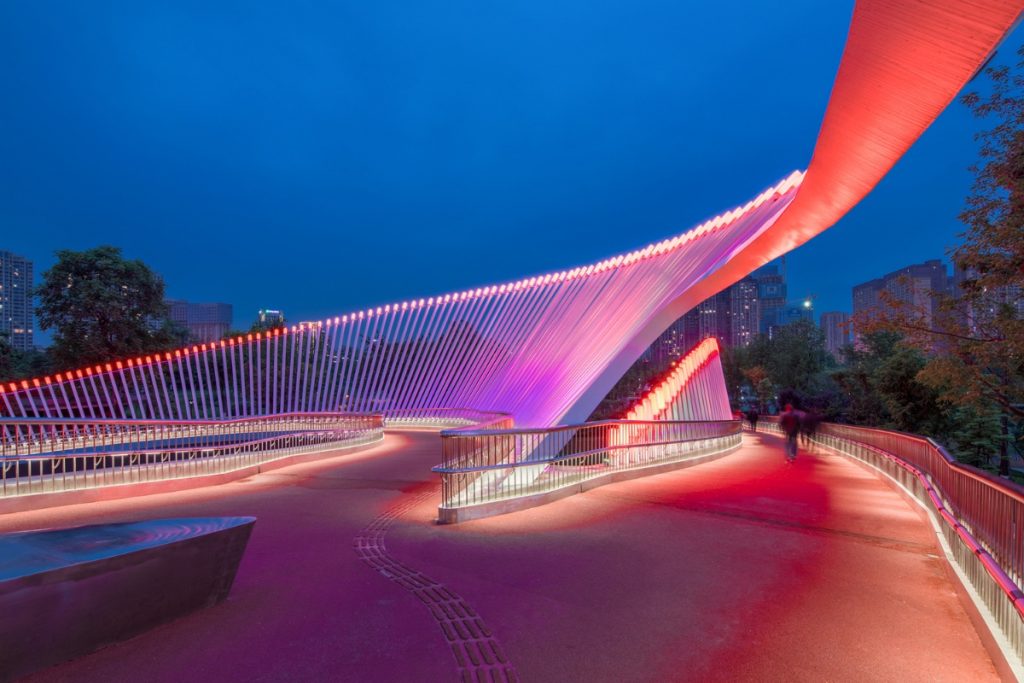 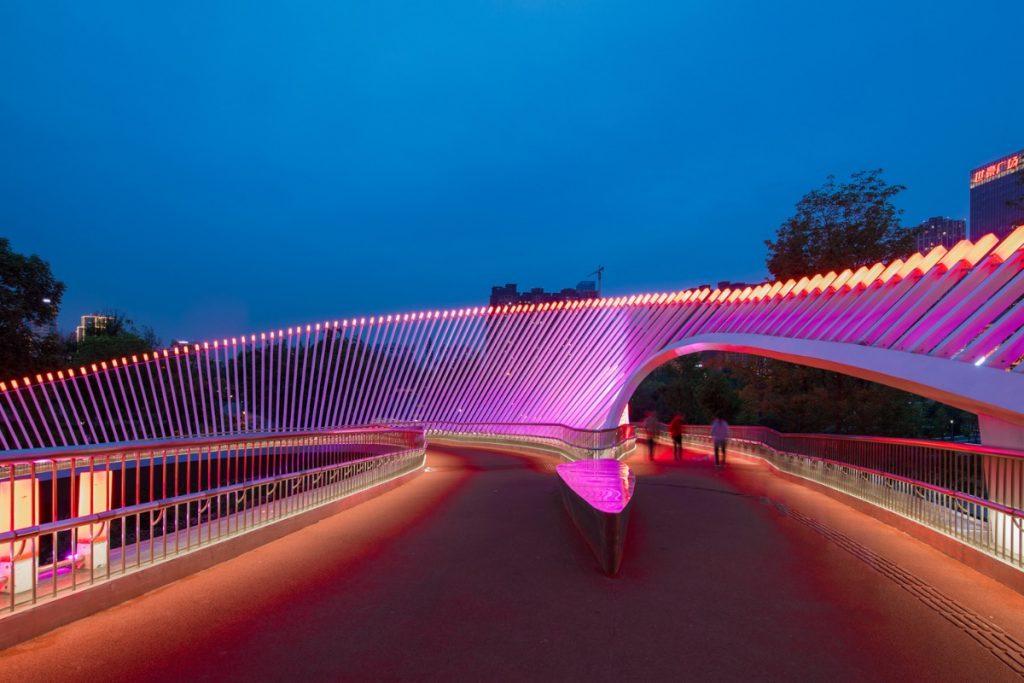 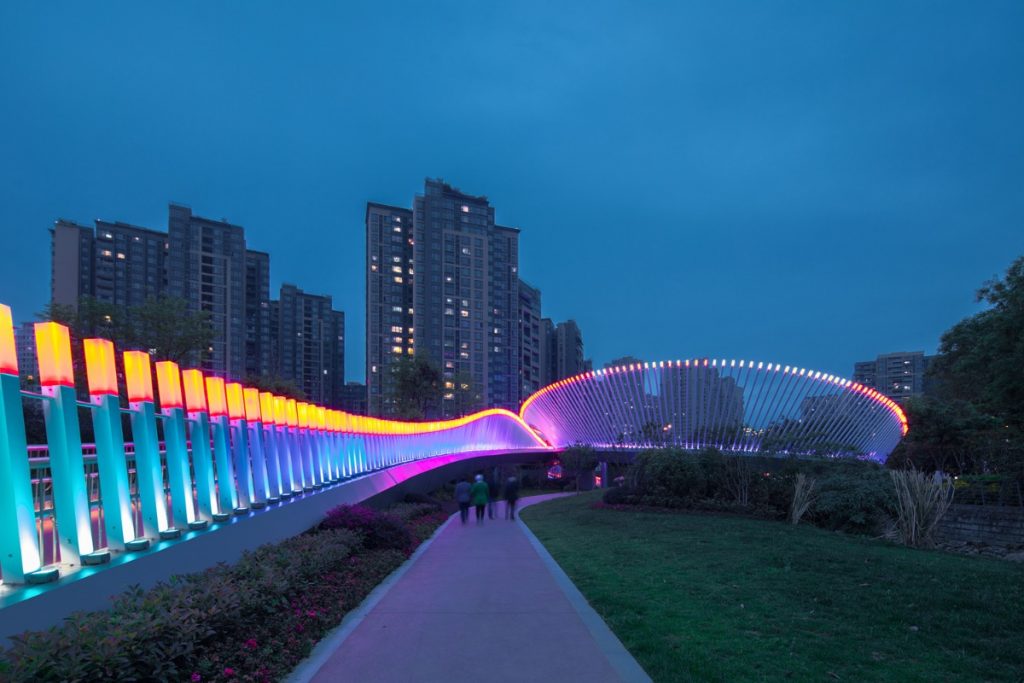 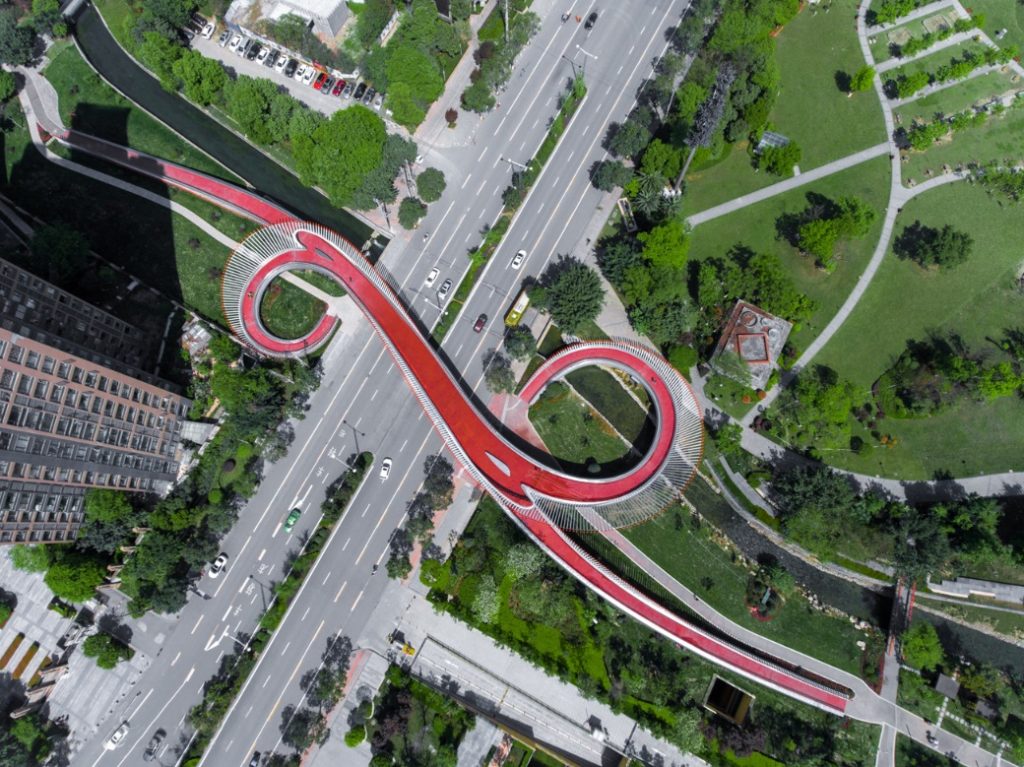