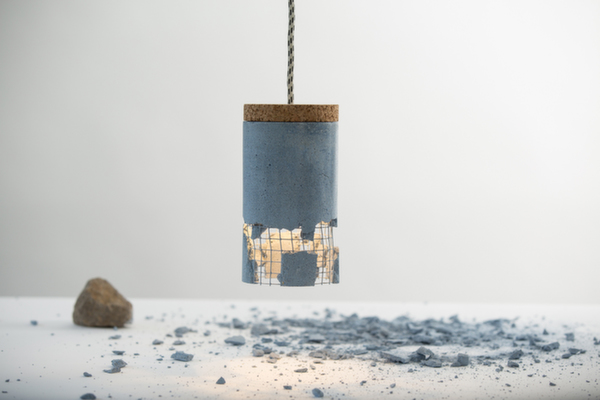 When is an object designed? When is an object precious, particular? What is broken and what is new? What means the result of a mechanical intervention (more or less violent) on an object? What is a vulgarized object? “/” Lamp is an object that gives the user the chance of choice. A subjective and personal choice. It is an object at the middle of two opposite states. The process of intervention or non-intervention places the object inside one of them. The materials used for building this lamp were inspired by the industrial facilities, by the construction sites: concrete, reinforcing wire, rope climbing, spool for high voltage wires.

‘ The main intent of this object was to provoke the user and to establish a personal relationship between the lamp and its end user, making it more “valuable” to him. Given the possibility to choose between breaking it or leaving it intact is meant to establish that personal, powerful relation. It empowers the buyer, leaving him with the power of making a decision, to choose between either one of two opposite attitudes: action / inaction. This is already a personal choice.’ 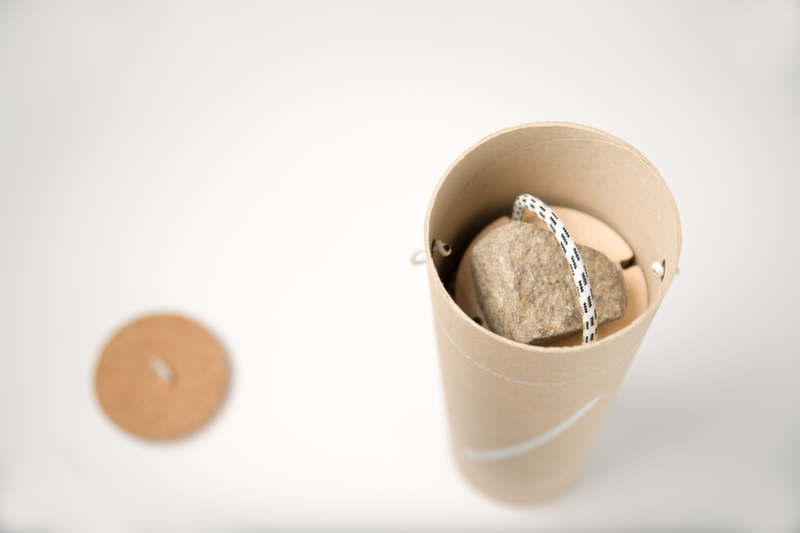 ‘My main interest is in the subjectivity of the term “emotional value”. The subjectivity of the term beautiful or ugly, in regarding all things surrounding us.  How we can mentally manipulate the “value” of an object by passing it through our personal filter. Our main characteristic as human is the uniqueness. By braking it you are becoming the designer of a unique object. By leaving it unbroken, you chose the serialized object because you like it as it is. So you are already taking a very subjective decision.’ 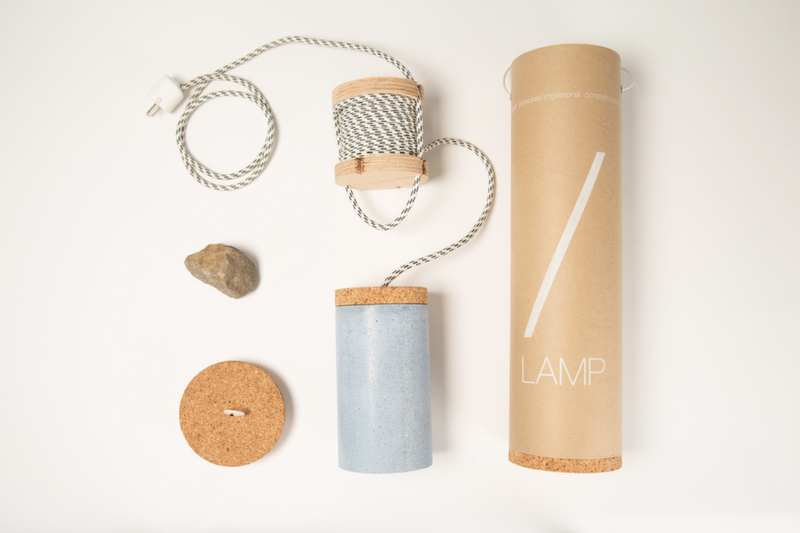 ‘A reason for using concrete was the entire esthetic of it.  Also, I looked to show the esthetic of filtered light passing trough broken reinforced concrete. The cork inside is meant to protect the LED lights if you chose to break it.’ 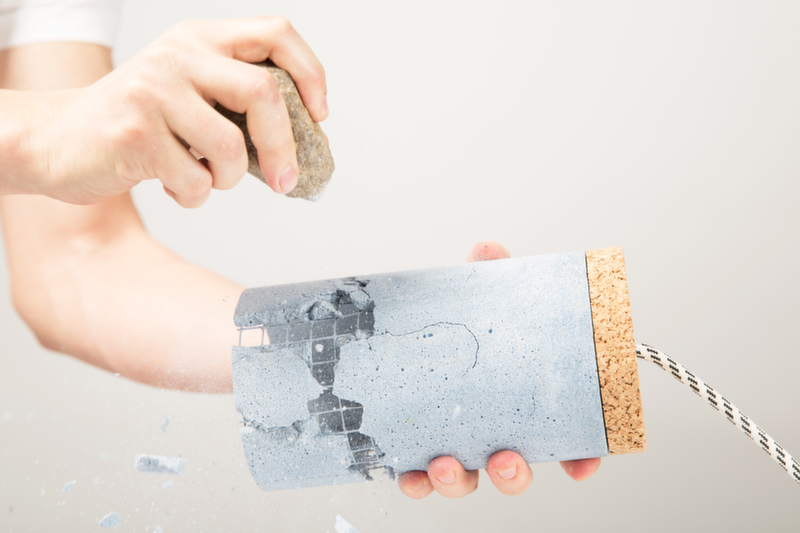 ‘The body for the lamp is produced by pouring reinforced (colored, if needed) concrete into a silicone mould. The concrete shape is then air dried and after that, polished until it reaches a smooth exterior. The inside core is a round shaped cork, cut on a CNC machine, and inserted into the concrete shape.’ – Dragos Motica 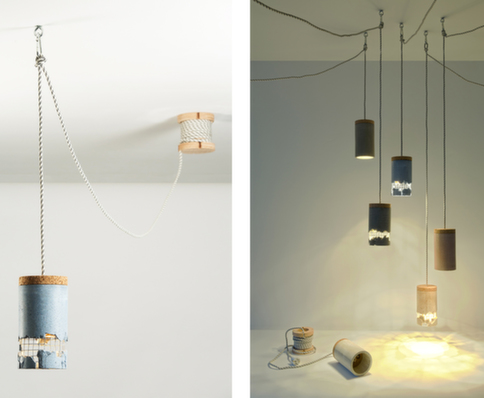 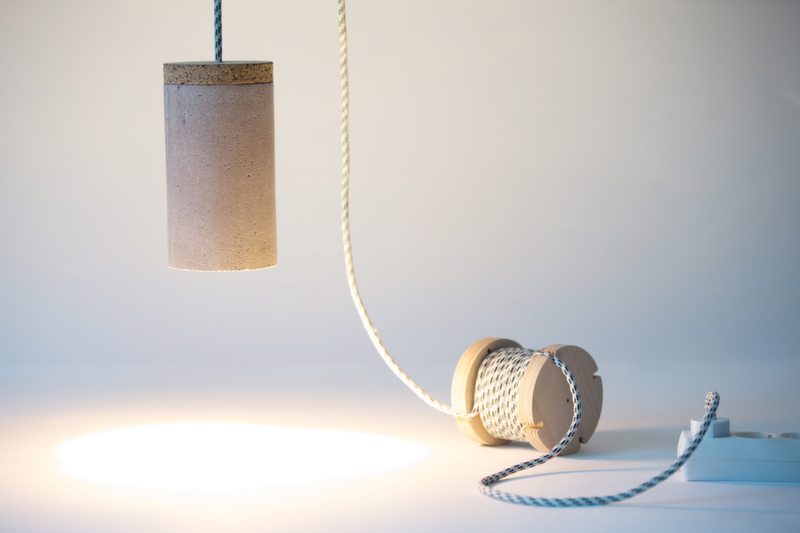