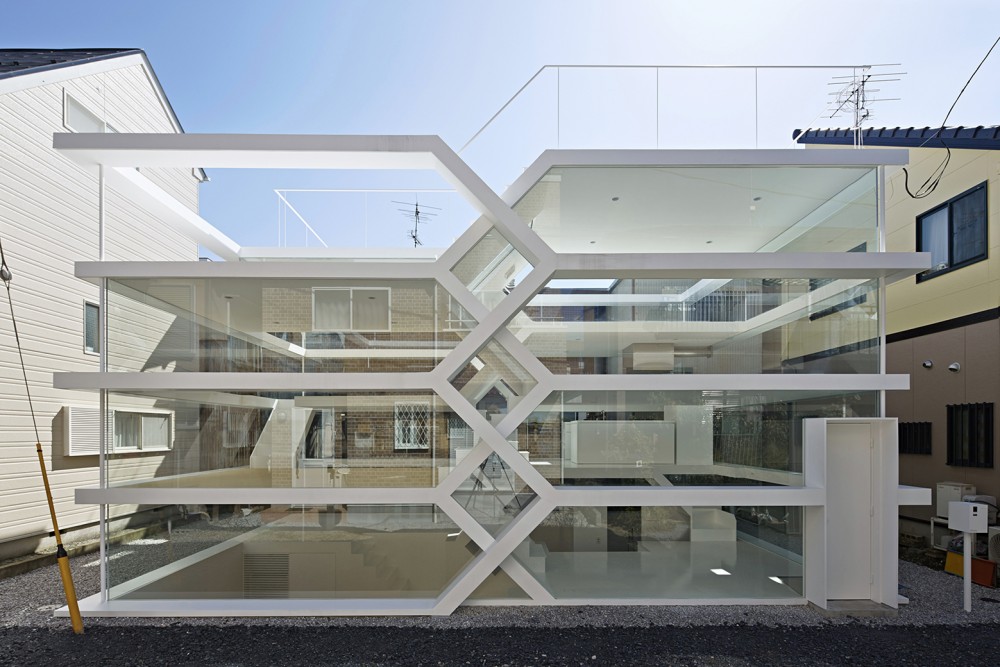 Yuusuke Karasawa Architects: ‘The project is a small house built in a residential area near Omiya station in Saitama. Two 50m2 floors are cross over in two levels on a site that measures around 100 m2. Each level is quartered, two opposing floors of which are elevated. The eaves surrounded at the middle of the ceiling height of the other two floors intertwine with the elevated floors, creating a space characterized by a complex network. The elevated floors of the two levels continue to a diagonal wall, as well as to the floors above.’ 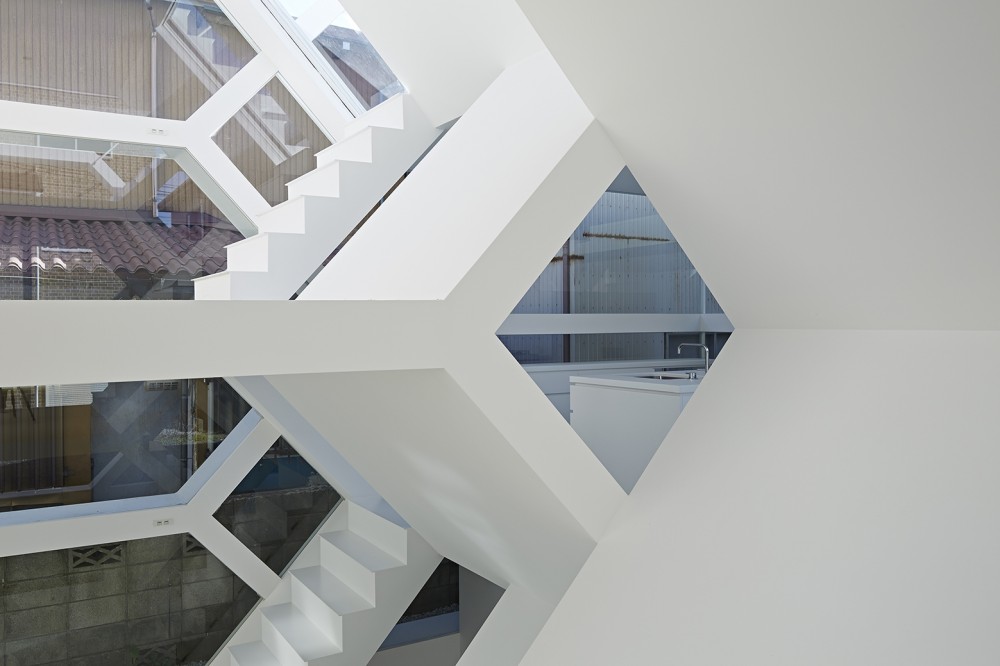 ‘The floors branch out again to continue above, staggering against the exterior eaves to compose a uniquely intricate elevation. This complicated structural logic is applied not just in the elevation but throughout the interior space as well, where the floors themselves entwine diagonally, with a void that looks out to the opposing space created at the center of this complicated floor.’ 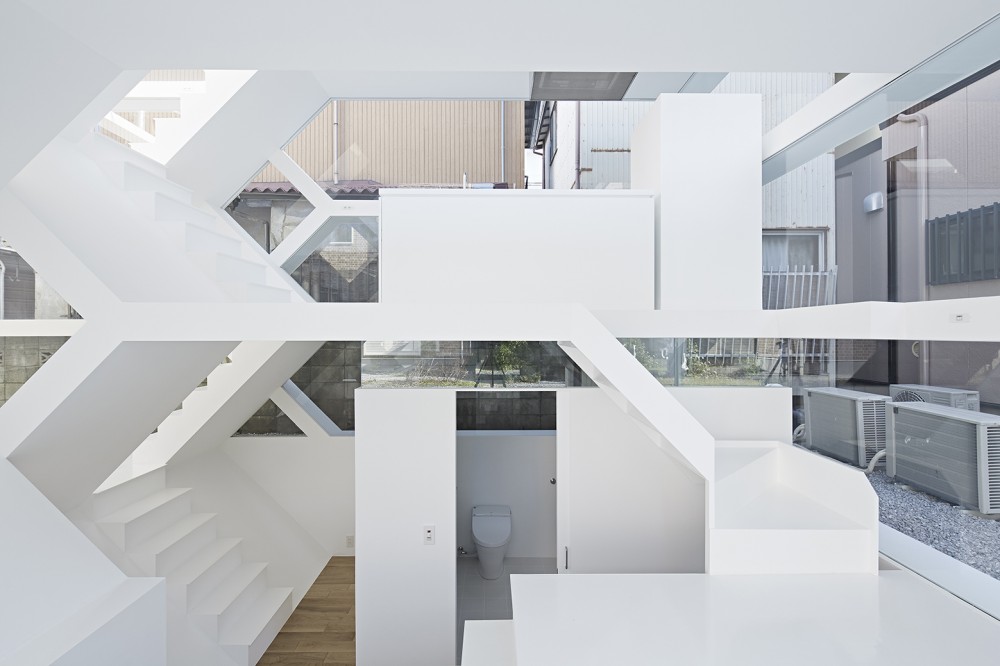 ‘Although this opposing space seen from the void appears to continue visually, one can only arrive at it by traveling through the complicated levels, and taking a drastic detour after moving to a different floor. While visually adjacent, the flow is one that requires a long traveling distance.’ 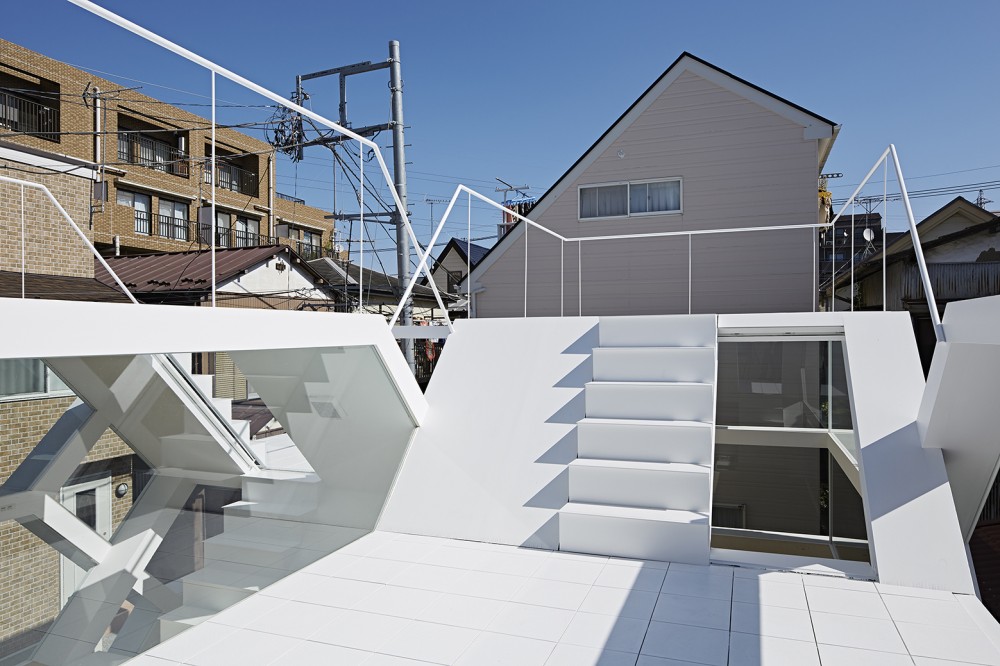 ‘The commonly understood three dimensional depth and the sense of distance are being disturbed, creating architectural spaces where various distances become complicated, much like what is happening in infospheres like the internet. This architecture realizes such network–type spaces, where various distances become increasingly complex, as a “network of complex levels” in which multiple levels are networked and layered over one another.’ 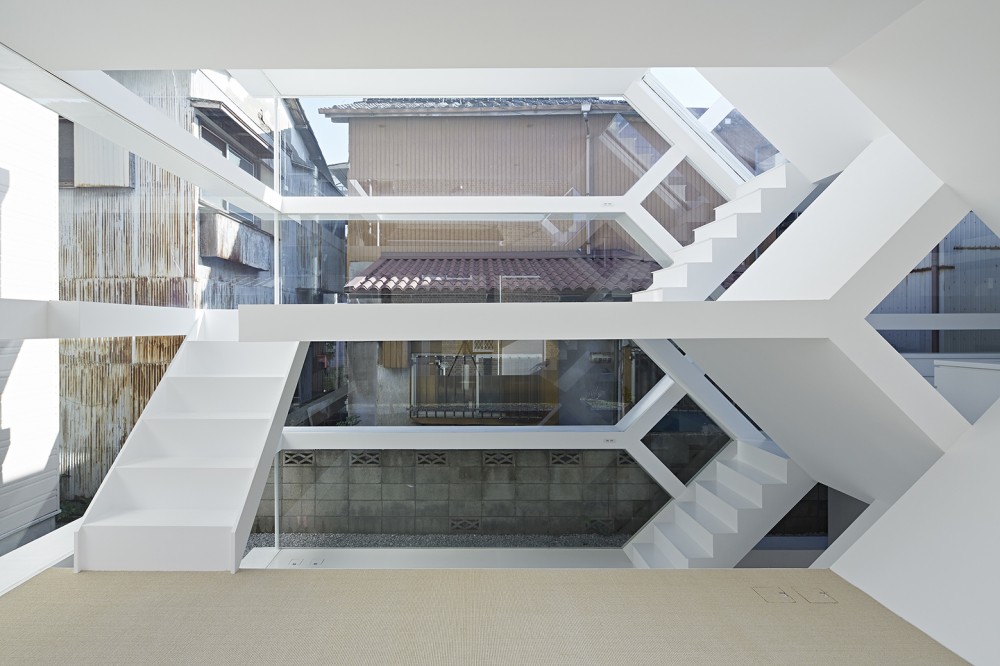 ‘Our hope is that this complex, layered network space will become a new architectural form that captures the various activities borne out of today’s informational society, where diversity and order are being demanded at the same time.’ 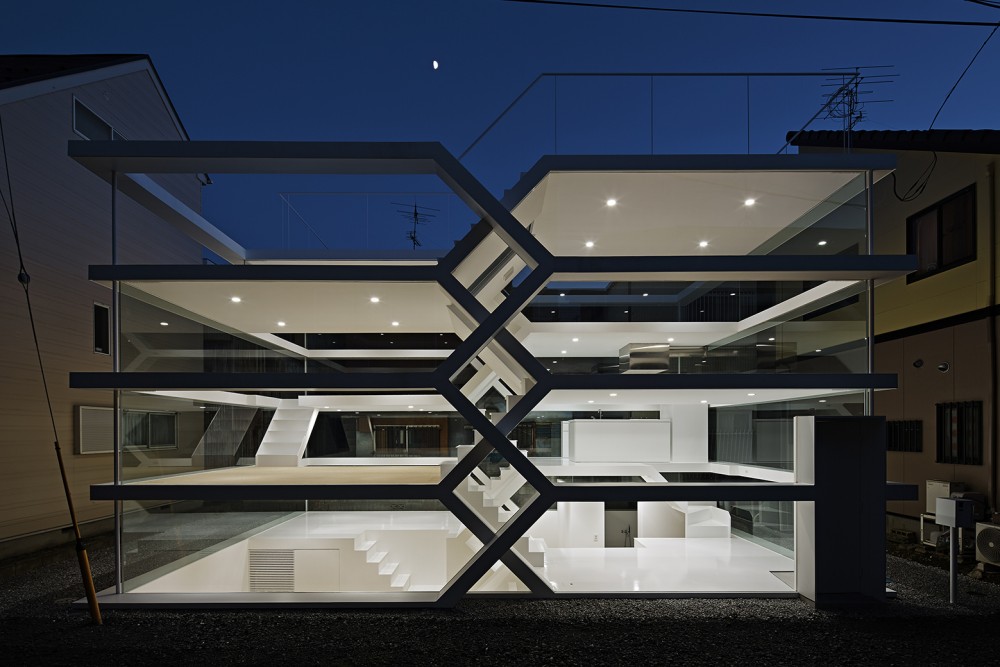 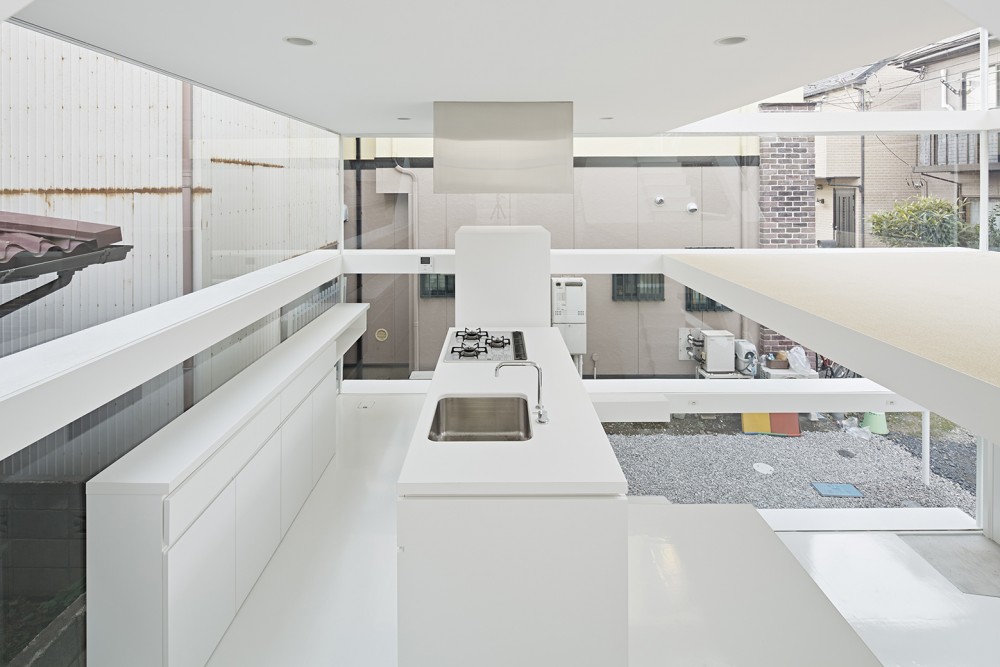 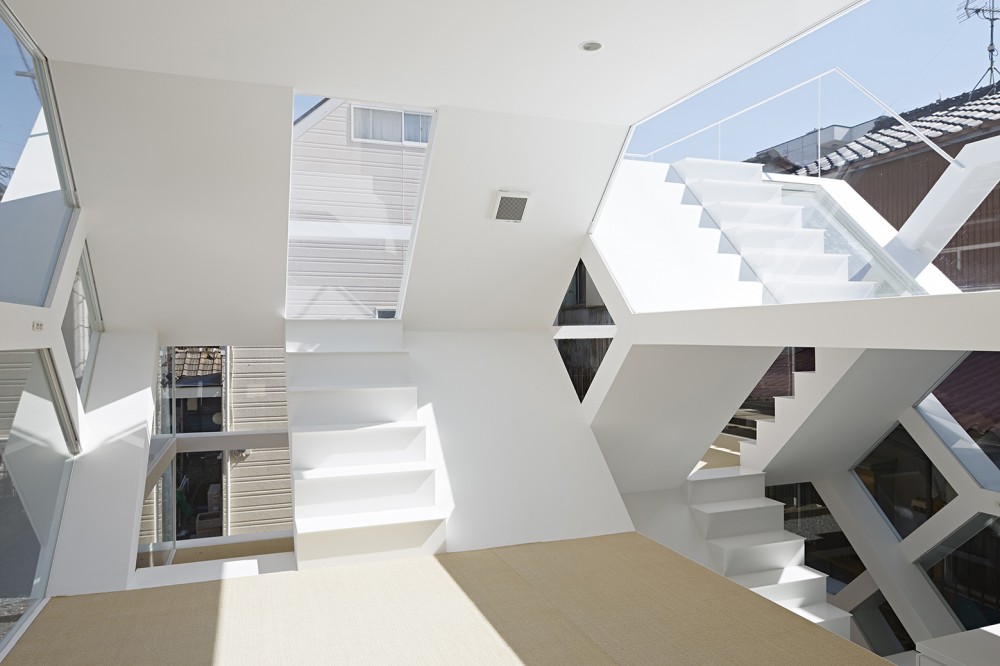 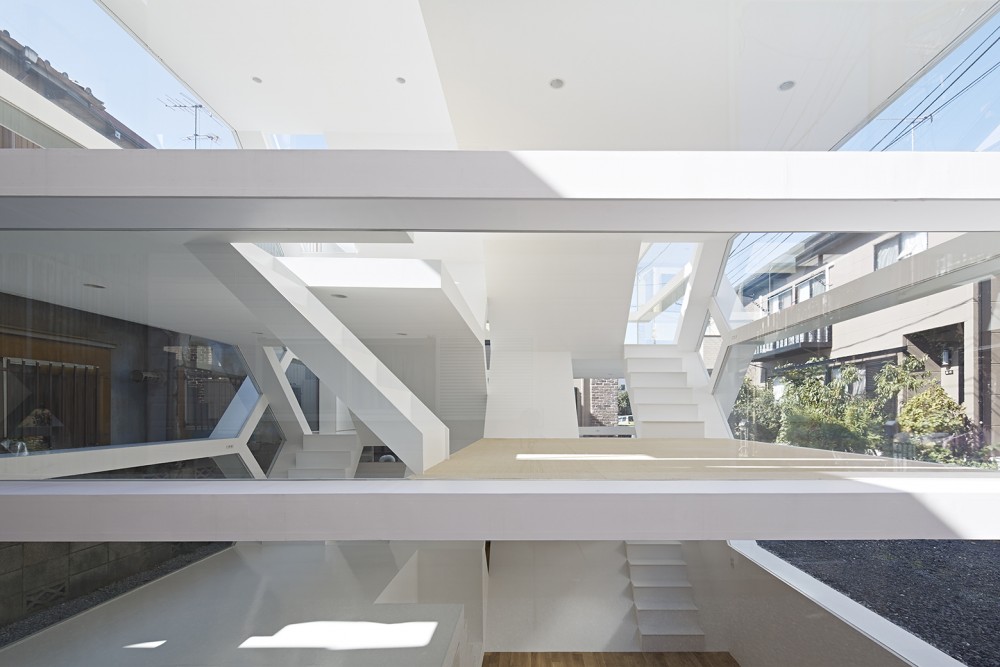